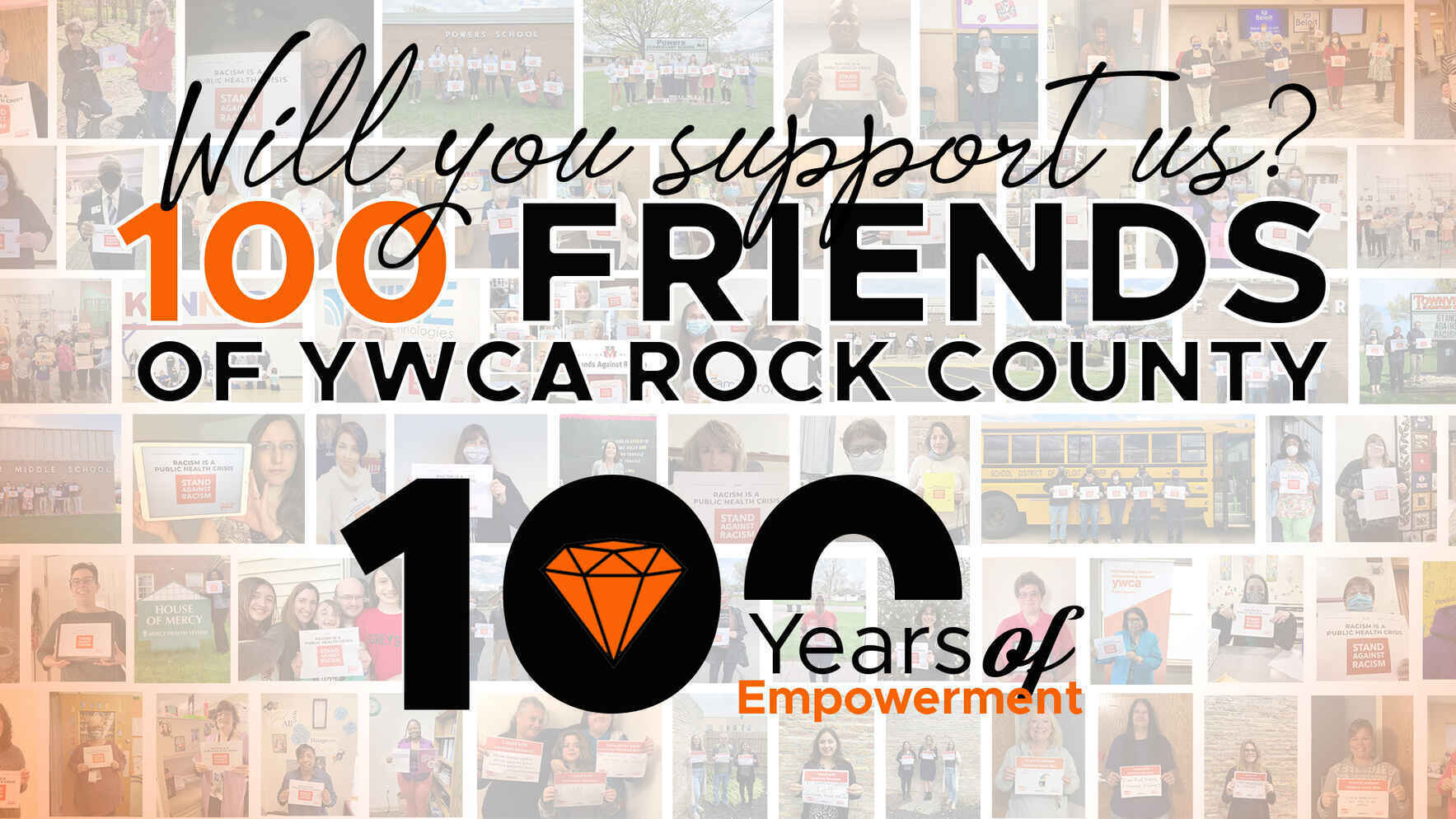 Will you be a friend of YWCA Rock County?

Give to the YWCA today with your monthly reoccurring donation

Will you be a friend of YWCA Rock County?

YWCA Rock County has been working towards eliminating racism and empowering Women since 1922. In honor of our 100 Year Anniversary we are asking for your help and support so that we can continue to fulfill our mission to serve our community for another 100 years plus. Will you become a friend of YWCA Rock County? By becoming one of our 100 friends you are committing to a reoccurring monthly donation throughout the year to help us celebrate our milestone Anniversary and raise funds that will support all of our programs at YWCA Rock County. Your donation helps ensure we will continue to provide the vital services that we do to our community for many more years to come.

Value to Those We Serve: PRICELESS

In 1905, a group of prominent Janesville women met at the home of Miss Sue Jeffris to form a YWCA. At the time, however, the national YWCA would not establish a local group in a community of less than 25,000 people. Eventually, in 1921, local organizations, including women's organizations in Janesville, succeeded in forming the YWCA and received nonprofit status in September of 1922 – therefore, 100 years ago. As reported in the Janesville Gazette dated June 7, 1921, “The establishment of the YWCA here in 1921 was made possible through the effort of the Chamber of Commerce, the Rotary Club, the American Legion, and the Janesville Gazette, combined with the efforts of all the women’s organizations of Janesville. The support given the organization is evidenced in the report of the treasurer in which it was shown that 1,000 people donated $19,010 for establishing and conducting the organization during the coming year.” 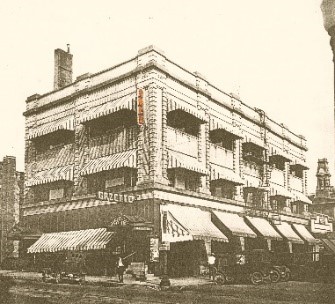 The YWCA was first located in the Janesville Gazette building on the third floor in a rented space. Then in 1928, Mrs. Marian Leavitt donated her home at 420 Jackson Street near the Tallman House to the YWCA for its new headquarters. Because the organization wanted to be more downtown, the home was sold and the $15,000 from the sale was used to purchase a more suitable property for a new YWCA building. The home was at the corner of St. Lawrence and Main Street and was owned by Azel Hough, owner of what we now know as HUFCOR

In 1953, the YWCA again needed larger quarters. James A. Craig, a local businessman and philanthropist who strongly supported youth activities in the area, acquired the home of the late Allen P. and Julia Stow Lovejoy at 220 S. Lawrence Ave. and donated it to the YWCA.The YWCA began plans for a $100,000 fundraising drive and the Hough house was sold to help pay for the remodeling and for the recreation room addition.The expansive Lovejoy house was remodeled and opened to the public by January 1955. A one-story wing was added to house a recreation room and snack bar for Swing Lobby that was started by Mrs. Rost and her son, Dick in memory of a son killed in service. 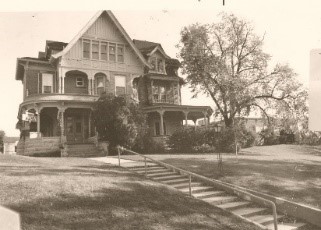 The YWCA in Janesville provided many social services to young women. It established clubs for working women and the Girl Reserves for teenage girls. It promoted recreational activities for women, including swimming, tennis, golf, roller skating, hiking, and baseball.

During the Depression, the YWCA assisted the community by raising money for services to people hurt by the economic hard times. The organization also operated an employment service and made clothes for the Red Cross. During World War II, the Y's primary goal was assisting the war effort, especially by providing services to women taking over many men's jobs. After the war, the YWCA became a popular place for community meetings and activities that supplemented the organization's continuing work with young women. 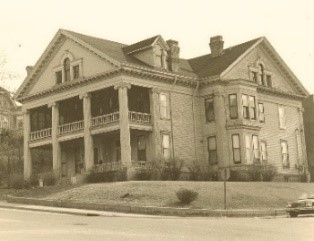 In 1978, Louise and Hiram Nowlan presented the YWCA with the deed to their home at 202 St. Lawrence Ave., next door to the YWCA headquarters to use as a battered women’s shelter called, Safe House for Women.

In 1980, recognizing the historic nature of its properties and the possibility of using historic grants to help maintain the, the YWCA had them both added to the National Register of Historic Places. Listed largely for their architectural merit and their associations with important citizens in Janesville, the YWCA properties are also significant for their association with the YWCA organization and the important social welfare work that the Y has done in the twentieth century.

In 1986, the YWCA properties were also listed as contributing buildings in the Courthouse Hill Historic District. 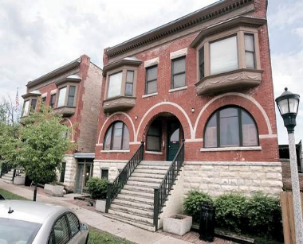 In 1993, The YWCA took ownership two-story masonry building in Downtown Janesville.The two buildings joined by a central entrance make up the Jeffris Flats in the West Milwaukee Street Historic District. It is listed on the National Register of Historic Places and houses the Transitions for Women and Economic Empowerment Center. 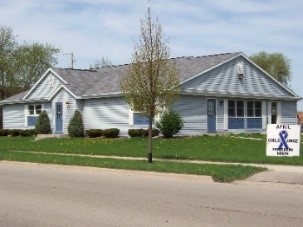 The CARE House, the first, and Rock County’s only, child advocacy center in Wisconsin, was built in 1993 on Conde Street in South Janesville.The YWCA Rock County moved from the Lovejoy House and the Nowlan/Merrill House in 2001 to its current location at 1735 South Washington Street, just behind the CARE House, in Janesville. 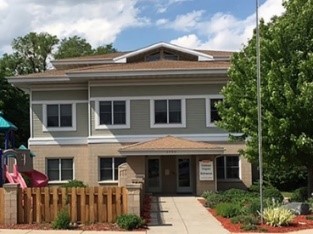 Today, the YWCA continues its tradition of social service to women of the community. The YWCA acts as an advocacy group for women's issues in Rock County and is dedicated to eliminating racism, empowering women and promoting peace, justice, freedom and dignity for all.

Can you help us make sure we are around for another 100 years + to continue to serve our community and work towards eliminating racism and empowering women?